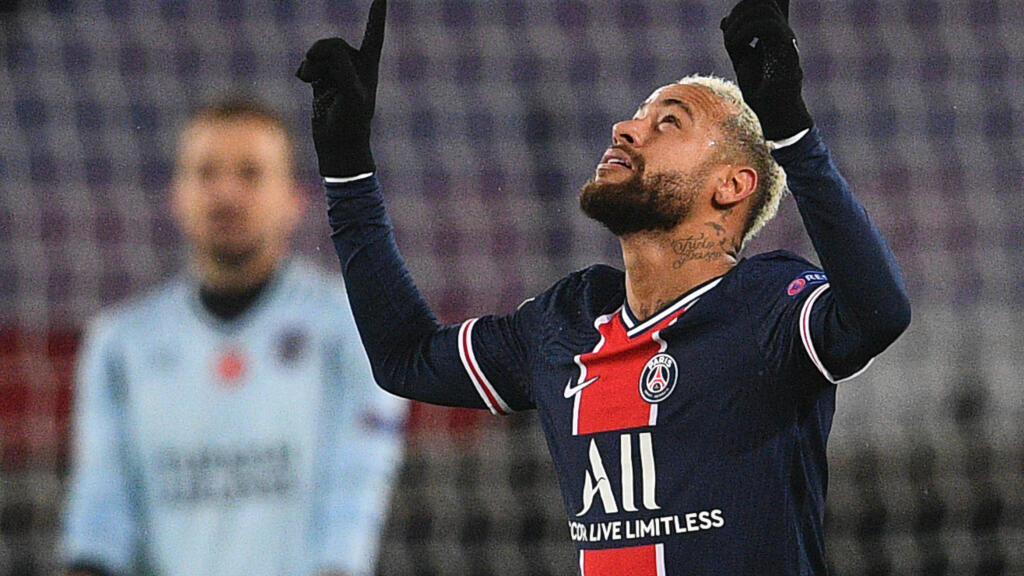 Paris Saint-Germain and Istanbul Basaksehir played their Champions League match to a conclusion on Wednesday, 24 hours after it had been suspended, with Neymar scoring a hat-trick before saying both teams had felt compelled to make a stand against racism in what was an unprecedented protest over an alleged comment by an official.

PSG won the game 5-1 after it restarted where it had stopped the previous day, in the 14th minute, following a touchline argument over accusations the Romanian fourth official, Sebastian Coltescu, had described Basaksehir’s Cameroonian assistant coach Pierre Webo as “black”, or “negru” in Romanian.

“Sometimes in extreme circumstances these things need to be done to see if the world can change a little,” said Neymar, who together with other players and the new team of officials gathered around the centre circle and took a knee before the restart on Wednesday in support of the Black Lives Matter movement.

Players also sported t-shirts with the slogan “No To Racism” while warming up at the Parc des Princes, where large banners in the empty stands carried the same message.

“What happened was unacceptable. In the times we live in we cannot accept differences being made like that about colour or race,” Neymar told French broadcaster RMC Sport.

“It has no place in football, or in life, or in any sport, so our attitude was perfect.”

Coltescu and the other Romanian match officials were replaced for the restart by a new refereeing team headed by the Netherlands’ Danny Makkelie.

Basaksehir had already been eliminated from the Champions League even before this game but they left their mark on the competition with their response to the treatment of Webo, who was sent off as he reacted furiously to the alleged comment.

That red card was suspended by UEFA pending a probe, with European football’s governing body promising a “thorough investigation”.

‘Show we can live together’

“The fourth official used an unacceptable word to Pierre Achille Webo. The referee should have dealt with the situation properly but didn’t. We had to show that we were with Webo,” said Basaksehir coach Okan Buruk.

The Turkish champions had refused to restart the game on Tuesday as long as fourth official Coltescu was still involved.

“Webo was upset. We all gave him our support, but it’s someone else who should feel bad and that is the person who used the words. He is the guilty one.

“We have to show that we can all live together. Humanity is the most important thing.”

Basaksehir are understood to have close ties to Turkey’s President Recep Tayyip Erdogan, and he led the political reaction to the incidents, tweeting that he “strongly condemns the racist remarks”.

I strongly condemn the racist remarks made against Pierre Webo from the technical team of our representative Başakşehir, and I believe that the necessary steps will be taken by UEFA.

We are unconditionally against racism and discrimination in sports and all areas of life. #Notoracism

Television microphones in the empty stadium—matches are taking place without spectators because of Covid-19 restrictions—picked up a furious Webo repeatedly asking why a racist term had been used to describe him.

In the exchange in question between the all-Romanian officiating team, Coltescu said: “The black one over there. This is not possible. Go and identify him. That guy, the black one.”

The incident drew reaction from around the world, with Rio Ferdinand, the former Manchester United and England defender and now a TV pundit, saying on BT Sport in the UK: “I think we are at a disturbing tipping point. Not a week goes by without an incident involving race.

“The players walking off is a step in the right direction, but it can’t just be left to them.”

Ferdinand’s brother Anton was involved in a high-profile incident in 2012 when Chelsea player John Terry was accused of racially abusing him during a match in England.

Many athletes have taken a strong stand against racism since Black Lives Matter protests flared around the world over the death of George Floyd during his arrest in Minneapolis in May.

Already qualified for the last 16 thanks to Manchester United’s defeat to RB Leipzig on Tuesday, PSG still needed to win the restarted game to secure top spot in their group and cruised to victory.

As well as Neymar’s stunning hat-trick, the world’s most expensive player won a penalty which Kylian Mbappe converted. Mbappe scored another goal, PSG’s fifth, after Mehmet Topal pulled one back for Basaksehir.