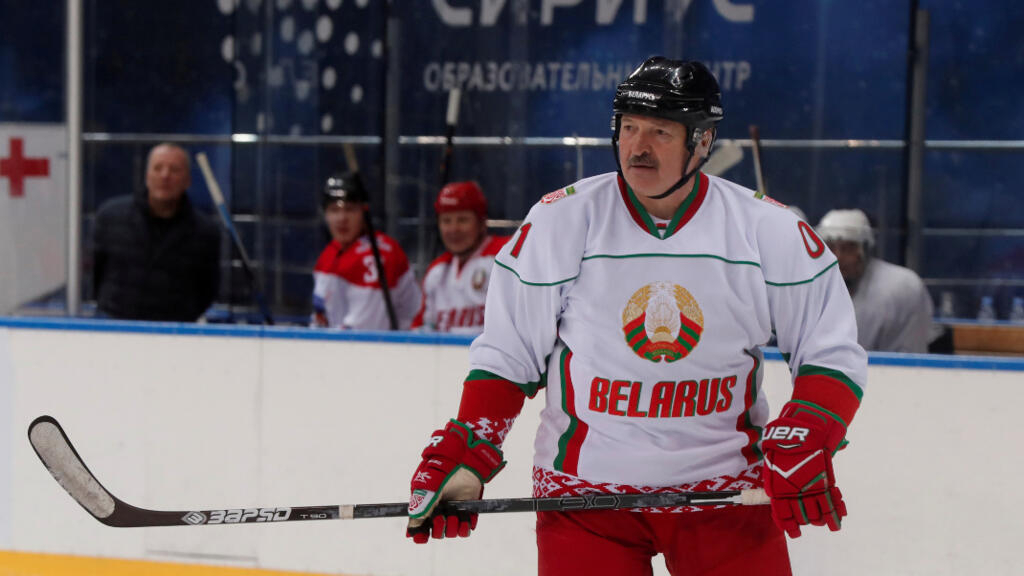 Belarus has been stripped of the right to co-host this year’s ice hockey world championship due to safety concerns over political unrest and the COVID-19 pandemic there, the sport’s governing body said on Monday, in a blow to President Alexander Lukashenko.

The move deprives Lukashenko, an avid hockey fan, of a stage to host the biggest international event planned in the country since he claimed victory last August in a vote the opposition said was rigged and marred with violations.

Members of the Belarusian opposition had been calling for the country to be stripped of the tournament due to a crackdown on protesters in the wake of the disputed election.

Volkswagen’s Skoda Auto and Liqui Moly, sponsors of the tournament, had threatened in the last few days to pull out if the event was to be held in Minsk.

The International Ice Hockey Federation (IIHF) said it had consulted with experts and stakeholders about how the tournament could be held in the Belarusian capital in light of political unrest and lax prevention measures against COVID-19.

The IIHF Council found that “it is currently impossible to ensure the welfare of teams, spectators and officials while holding a World Championship in Belarus.”

Lukashenko had sought to reassure the IIHF last week that Belarus could safely host the tournament.

Belarusian opposition leader Sviatlana Tsikhanouskaya welcomed the decision, saying it was the result of lobbying by Lukashenko’s opponents.

“This is a victory for every Belarusian who knows that hockey is a game and Belarusians are not planning to play with criminals,” she wrote on social media. “This is our common victory.”

I welcome @IIHFHockey decision not to host the 2021 World Championship in Minsk. This is a very wise step – to support human rights & fair sport, not to cooperate with the regime in Belarus. Together with @BSSFofficial we are grateful that the voices of Belarusians were heard.

Swimmer Aliaksandra Herasimenia, a three-time Olympic medallist who heads the Belarusian Sport Solidarity Foundation (BSSF), said in a statement: “The IIHF decision has restored the Belarusian community’s faith in justice. Sporting events cannot be held in countries where violence and torture are used against civilians.”

Latvian Foreign Minister Edgars Rinkevics said his country would honour its commitment and evaluate how it could host the entire event, which runs from May 21 to June 6.

I welcome the decision of @IIHF to cancel Minsk as the host of ice Hockey World Championship 2021. This is the right signal that sports will not be used for the benefit of the authoritarian regimes. #Latvia will honour its commitment & ready to evaluate hosting entire #IIHFworlds https://t.co/KNsrQ3wmOP

Several prominent Belarusian athletes, including Olympic basketball player Yelena Leuchanka and decathlete Andrei Krauchanka, were jailed for taking part in protests. Others lost their state employment or were kicked off national teams for supporting the opposition.