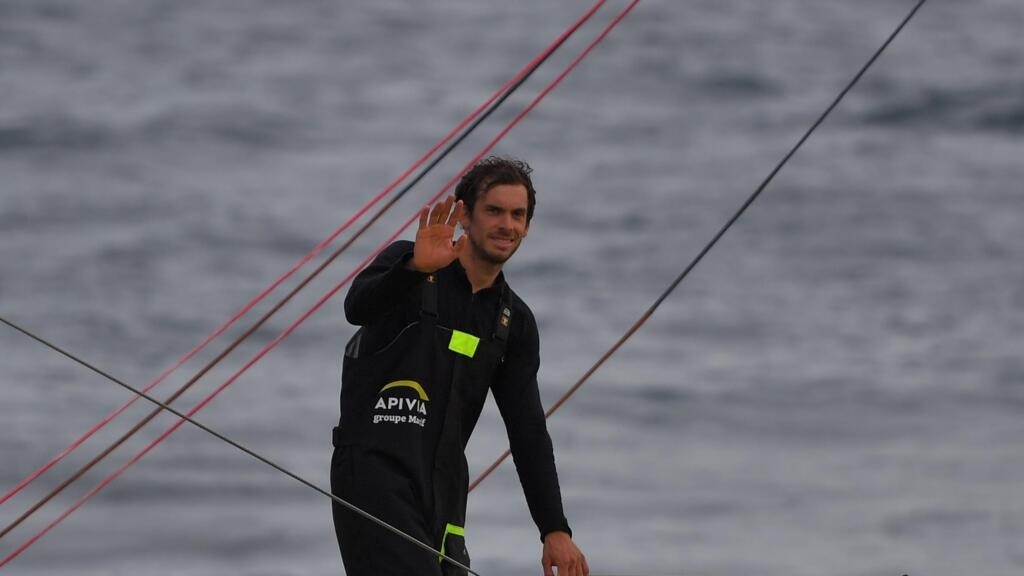 French sailor Charlie Dalin retained a slim lead as exhausted skippers entered the final hours of the Vendée Globe, locked in the tightest battle in the solo round-the-world race’s history.

After sailing more than 28,650 nautical miles, Dalin, on board Apivia, was less than 382.57nm off Les Sables d’Olonne where the leading boats are expected to conclude their maritime odyssey on Wednesday.

The ninth edition of sailing’s ‘Everest’ could still have a first ever non-French winner. German skipper Boris Herrmann in Seaexplorer-Yacht Club de Monaco was just 82.02nm behind Dalin at 1700 GMT.

Even if Herrmann fails to overhaul Dalin by the line he could still end up the winner as he is due a six-hour bonus for his part in the rescue of Kevin Escoffier off the Cape of Good Hope in December.

Louis Burton (Bureau Vallee 2) was third 132.2nm off first, followed by Thomas Ruyant (LinkedOut), 230nm off the pace and Yannick Bestaven (Maitre Coq IV) a further 36nm back in fifth.

Bestaven, like Herrmann, helped in Escoffier’s rescue and will receive a 10hr 15min bonus when he makes port.

While Dalin and Herrmann had taken a more easterly route, the next three boats were all further north and further west and moving faster. The three pursuers had all covered more ocean in the previous four hours than the two leaders.

Dalin had travelled just under 42nm in that time while Bestaven, taking a longer route, had gone almost 80nm.

Bestaven said he was looking forward to the finish.

“I’m super happy to finish already because we’ve been around the world for 79 days or nearly 80,” he said. “To have such a tight and breathless finish, it’s true that it’s exciting, but also exhausting because, not to hide it from you, we are pushing hard on the boats here, so we can’t wait for it to finish.”

“It’s been such a long time that I’ve been at sea that I’ve forgotten that life on land exists. I’m so used to being here on Apivia that I find it impossible to believe the finish is close,” said Dalin.

For race director Jacques Caraes, the winner could be decided by “a matter of minutes” after around 28,000 often hazardous miles at sea.

“This is totally unique,” he said.

Ruyant’s team manager Marcus Hutchinson told the Vendee website that he hoped his sailor would win but was enjoying the drama.

“Here we are 24 hours or a bit more from the finish and we just don’t know how this is going to pan out,” said Hutchinson. “So thank you to all of these skippers, they have made this an incredible sporting spectacle like we have never seen on this race.”