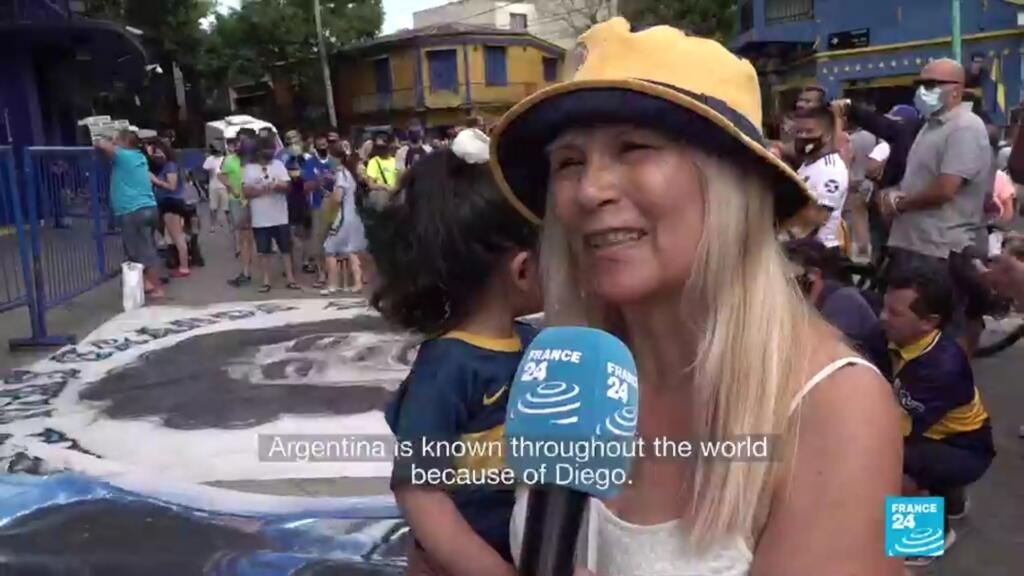 FRANCE 24 continues its look at the life of Diego Maradona and those who loved the Argentinian football legend, who died last week at the age of 60. Here, we retrace the young Maradona’s first steps in Buenos Aires as a nation continues to mourn its fallen hero.

FRANCE 24 visits Villa Florito, one of the Argentine capital’s most modest suburbs, where Maradona was born and raised, as well as some of the sites of his greatest footballing triumphs.

“Diego was unique in the world. That’s why we want to pay tribute to him, so that every Boca fan can enjoy this moment,” one of the late star’s admirers told FRANCE 24 outside the Bombonera, where Maradona turned heads with Boca Juniors. “He was our brightest star and the heart and soul of the club.”

To watch the report, click on the video player above.